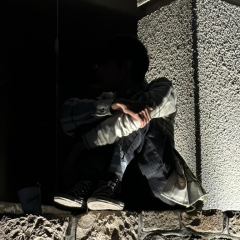 How to run android apps on linux or mac

Kyb3r  published on 2022-05-05 included in  categories android linux
IntroductionWhy?Being able to install applications on different devices in your unix. OptionsAnboxThe most common option you find on the internet is anbox which, as its name indicates, is a “box” that seeks to install android applications on linux, although it works for some, many application libraries do not go well at all, and the installation is very complicated starting for installing modules to the kernel of your computer following the amount of incompatibility and resources.
Read more...
android, linux, arm

The future of ARM as architecture

Kyb3r  published on 2021-10-21 included in  category arm
We have been using arms for years on our cell phones, but is this the future of computing? Is the future?Yeah, this is the future. I could define arm as a complex, advanced and very light architecture this allows it to be used in small devices such as pi or smartphones. Apple M1The new apple m1 is a total innovation, one of the most popular and popular computers using the 100% arm architecture, the process was difficult and some applications did not work at first but once it was adapted it made us all want to have a macbook again for its new chip created by apple.
Read more...
arm

The slow death of Firefox

Kyb3r  published on 2021-09-13 included in  category browser
Firefox has accompanied us for years, it is always there in each Linux distro we install and for a long time there was a rivalry as to whether Chrome or Firefox was better, but will it be the end of the Fox browser? From the ashes of NetscapeWe all remember the first war between browsers, the headache for web developers at that time when Microsoft and the now-defunct Netscape fought to the death for dominance of the web, the winner Microsoft, but before Netscape died he released his code so that was reborn from the ashes with another name Mozilla Firefox which until a few months ago was the 2 most used browser in the world and the main competition of Chrome that was not Chromium.
Read more...
firefox, mozilla, linux

Kyb3r  published on 2021-09-10 included in  categories linux kali parrot
A question that we all ask ourselves when we start in cybersecurity is the operating system to use for many Kali Linux is the king in the best operating system for pentesting but there are a number of users who use Parrot OS, but which of the two operating systems is better, which one should you use, well I’ll answer this in this post. Kali Linux 🐉Kali Linux as your page says it may be “The Most Advanced Penetration Testing Distribution”, Kali is a Linux distribution based on Debian, it has existed since March 2013, successor to BackTrack Linux and developed by the company Offesive Security.
Read more...
linux, kali, parrot

Kyb3r  published on 2021-09-07 included in  category privacy
A debate that has always had the question of “What do you have to hide?” It has always been present when it comes to privacy on the internet, but how necessary is privacy? BasicI think we should start at the beginning by defining privacy. The Cambridge dictionary defines it as: “Someone’s right to keep their personal matters and relationships secret” In computing we can save personal data, when we access a site or upload something to the internet, this data is created many times from locations, photos, relationships with other people or dates of birth.
Read more...
privacy